Fifty billion people live on the densely urban planet of Glisal II, the capital of the Celestine Ascendancy. Massive cities sprawl across most of the planet's continents, and pollution clouds the atmosphere. Towering skyscrapers, the homes of the social and political elite, soar high above smog-choked urban valleys. Crime and both power and economic inequality run rampant, with the top 0.1% of the population having more of both than the rest of the planet combined.

The planet itself is of Earth-standard gravity and boasts a ring system around it, which visibly takes up half the sky, even during the day. Two platinum-rich moons also orbit the planet, which are a major source of wealth for the Ascendancy.

Racially, the dominant races on Glisal II are the W'hoorn, the Nath-el, the Shen, and the Tukkav, with, as on most cosmopolitan worlds, smatterings of most of the other races of Starmourn Sector.

The Celestine Ascendancy was formed in 35 A.E. as a reaction to the combined power of the Song Dominion in the aftermath of the Bushraki War. Glisal II was chosen as the capital because the Shen, the Nath-el, the Tukkav, and the W'hoorn - the founding races of the Celestines - all had large populations already living there in peace together. They sought to form an alliance that could resist potential aggression by the Song, for there have been various degrees of long-standing tension or outright hostility between some of the races of the Dominion and the Ascendancy. For instance, the W'hoorn/Ry'nari rivalry has been legendarily vicious throughout the millennia.

The struggles between the Song and the Celestines over the last 900 years have resulted in multiple skirmishes and wars, including the terrible Empire Wars.

To truly understand how the Celestine Ascendancy evolved to what it is today, please read Martias and the Angel. It's long, but packed with lore! 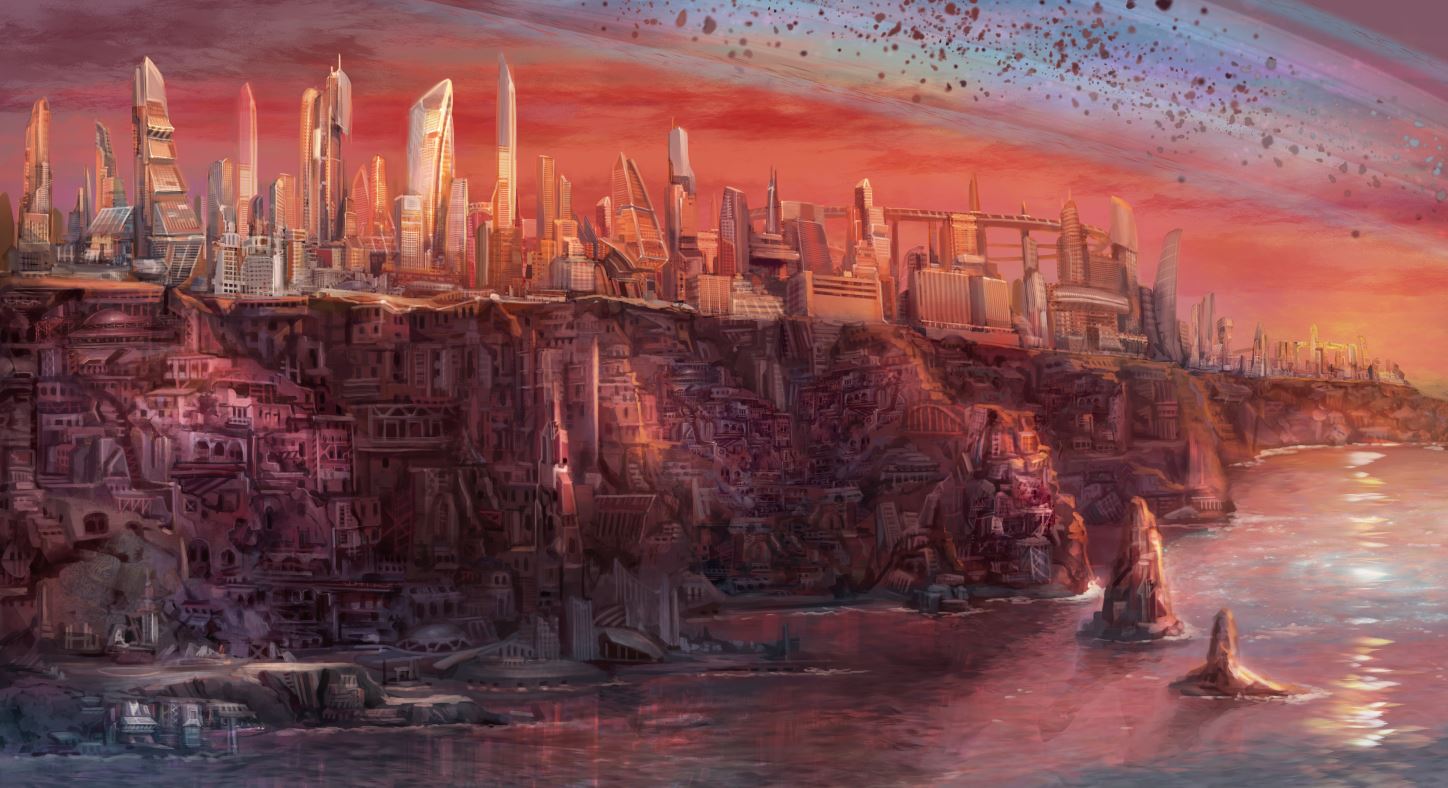 The capital of Glisal II. It's a smog-choked, sprawling megalopolis with a population north of 120 million.

This location has been used for urban development for thousands of years now, and though the city appears to be built on high bluffs above the sea, these outcroppings are actually the compacted ruins of previous versions of Litharge. There are so many compressed layers of city-strata beneath the city, in fact, that urban archaeologists use it to date historical events.

A district of Litharge, the Citadel is a forest of glittering skyscrapers joined by long skyways and inhabited by the wealthiest of the wealthy, the richest of the rich. Resorts, pleasure gardens, full-immersion holo-operas, observatories, and luxury homes all soar above a sea of smog and look out over the ocean. This place drips wealth and power. The four dominant Ascendancy races have embassies/headquarters here.

A neighborhood in the vicinity of the Singing Citadel, this is one of the rare middle-class areas in Litharge. Apartments that aren't the size of a shoebox, some substandard entertainment and shopping areas, and decent air quality. People employed by more important people live here.

A prominent spaceport near Litharge.

A large borough sprawling beneath the bluffs of Litharge proper, on the shores of the ocean. Primarily occupied by impoverished welfare recipients and minority (in the Ascendancy) races. Thanks to rising sea levels, this neighborhood was flooded some decades ago, turning its narrow alleyways into a maze of canals. Mold is pervasive thanks to the encroaching water, and overcrowding and homelessness are rampant. Skiffs and makeshift rafts are a primary method of transportation through the canals.

Glisal II is so built-up that there is a substantial population of 'off the grid' individuals living in tunnels, sewers, and habitations beneath the major urban centers. This is referred to, collectively, as the Subnet (so called because it catches anyone who falls through the cracks). Though most of the inhabitants are poor, the almost-total absence of the law means certain types of people have been able to acquire power and untracked wealth. This particular subnet is located in the Lithargian bluffs beneath the Singing Citadel.

Many cities have a 'bad part of town.' On Glisal II, Hyndoh Prison is often referred to as the bad part of the planet. More of an enclosed and fortified city than a prison, this gulag is filled with the scum of the Ascendancy. Located on an island in the middle of a highly acidic inland sea, Tamiko Lane was briefly interred here before her execution. 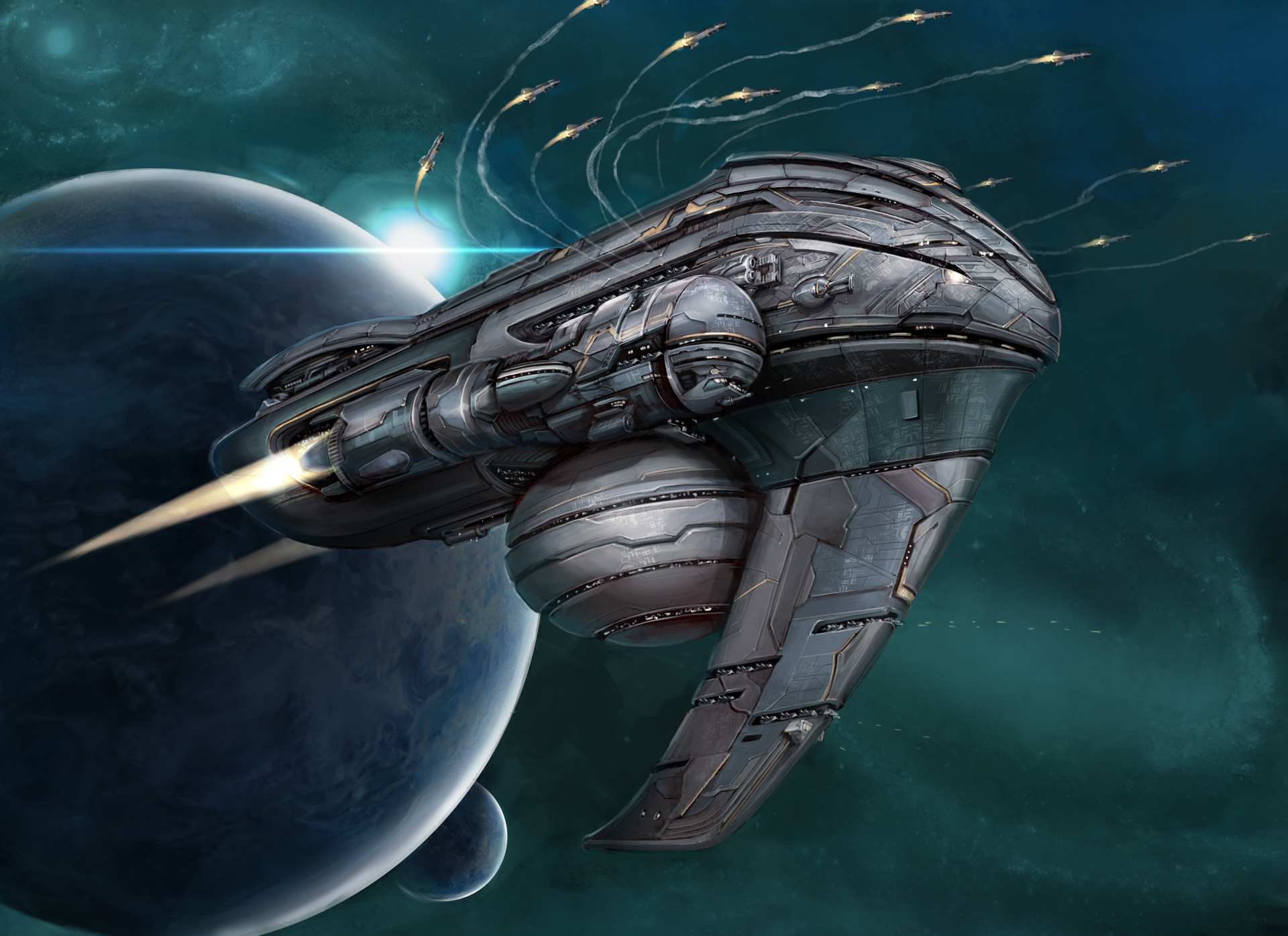