What Do We Mean By A Game Economy?

A game economy is about how in-game money flows within the game and how goods get produced.

In Starmourn, we use what's called a faucet & sink economy as far as currency goes, which is how virtually all games with a multiplayer economy work. 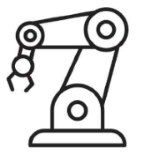 So, for instance, when you sell things dropped by a monster and get Marks, that's a faucet that is literally creating Marks out of thin air to give you. Other faucets in Starmourn including selling space junk acquired from ruined ships, hacking missions, and more.

A sink, on the other hand, is when Marks leave the game entirely. For instance, if you were to buy something from an NPC shop, those Marks disappear forever and are no longer part of the economy.

In terms of how goods get produced, our system is all about extracting raw materials and then turning them into finished goods, sometimes through multiple steps. Let's break that down.

While this page talks about the economy of Starmourn the game, there's also a formal entity within the world of Starmourn, also called an economy. This can be a little confusing, but bear with us.

In game, an economy can be thought of as an area of influence. For example, in real life, the territory of Earth would be an economy if there was an interstellar community with which to interact financially.

In Starmourn, the Song Dominion is an economy, as is Scatterhome, as is the Celestine Ascendancy.

Economies can get stronger or weaker based on economic activity in them, and tax rates for both manufacturing and storage will vary as a result.

Resources are the lowest level of material that exists. They're extracted from the environment (mined, for instance), though this page doesn't cover resource extraction.

The Resources in Starmourn at launch are:

Goods are things produced from resources and/or other goods. Essentially, anything that is produced in autofactories (see below). Goods include, but aren't limited to, things like:

Some of those, like grenades or mining bots, are finished goods. Others, like nanoplastic or R-glass, are mainly used to make other things.

A QPC requires 1 HDS Astrium, and an HDS Astrium is made from 1 Astrium and 1 Ultarine.  There's a similar chain for the UMM and Sensor Package.

Cargo is the collective name for both Resources and Goods. What distinguishes Cargo from Finished Goods is primarily that Cargo only exists in one of two places: A ship's cargo hold or another kind of storage. Thus, the only way to move cargo from one planet to another is to use a starship.

All Cargo has a mass attached to it, and is grouped in what are called Standard Cargo Units. Think of these as a shipping container. 1 SGU = 100 tons of mass. (We use mass as a proxy for size for the sake of reducing needless complexity, as we need mass for other purposes, but not size.)

When cargo is stored in a ship, it's vulnerable as it's possible to destroy starships and then recover some or all of the cargo.

Generally though, cargo in other kinds of storage isn't vulnerable to seizure. That storage mostly consists of warehouses, which charge for storage annually on a per Standard Cargo Unit basis.

There's a standard fee that gets charged annually for each SCU, and though that fee varies based on the tax rate of the economy involved. See below.

Autofactories are where goods get produced, using resources and/or other goods. These are player-owned and operated.

Say you're an aspiring manufacturing mogul looking to acquire your first autofactory and build some goods. Here's how you'd go about it:

How do you then sell the goods you've manufactured? You need Marks after all. You've got your eye on that shiny new supercruiser...

These systems are how people place both orders for cargo and how they put cargo for sale.

A Market Order is:

A Market Offer is:

So, if you're an autofactory owner who needs cargo X, Y, and Z to manufacture something, you could either find out where the goods you need are for sale and go get them, or you could place a market order and thereby pay someone else to bring them to you.

Aside from players placing orders, it should be noted that the game system will also sometimes place orders. For instance, when a ship is destroyed and replaced for you by ship insurance, the Ship Insurance Corp (SIC) will place an order for various cargo based on the specifics of the ship that was destroyed.

What's The Point Of All This?

Much of the design of the manufacturing system was driven by a desire to give people different roles (gathering the raw resources, running autofactories, transporting cargo, trying to pirate transported cargo, and so on) to play vs just having players gather stuff into their inventory and then make it.

By restricting the movement of stackable goods and resources to starships, we ensure that there's a risk to transportation. That risk is mainly player pirates, which we do want to be a thing in Starmourn. It's a way to create real reasons for players to fly cargo around and thus provide targets for pirates.

It's also a way for great pilots to hopefully show off their skills by being better, whether that's better at destroying other ships or being better at escaping destruction.

These economic systems are also a way to turn the manufacturing of goods into the equivalent of running an in-game business. There'll be winners and losers, and your decisions will mostly determine that. Are your autofactories stuck in economies that are conveniently located but have high tax rates? It's going to be hard to be competitive on price in that case. Are you storing goods in an economy with a low tax rate? That's more sustainable than the opposite and allows you to afford to stockpile inventory so that you can take and fulfill market orders quickly.

We're sure that our economic systems will need additions and changes, but we're pretty excited about the concepts behind it and think they're going to make for some great gameplay!