Space, as in outer space, is the milieu through which starships travel in Starmourn. Aside from starships, both player and NPC, there are, of course, stars, planets, nebulas, space stations, black holes, Void Gates and more.

Here's an example, with a ship flying to the northwest. The @ symbol is the ship, and the diagonal slash you can imagine as the the energy blasting out the back of it (or whatever). The yellow ball is a sun, the blue ones are planets, the collection of S symbols is a space station you can dock with.

This isn't a final look as we're still playing around with some graphical details of space, but you get the idea. Space won't simply be a mostly black starfield either - we'll have nebulas, asteroid fields, and more to add color and interest to space. 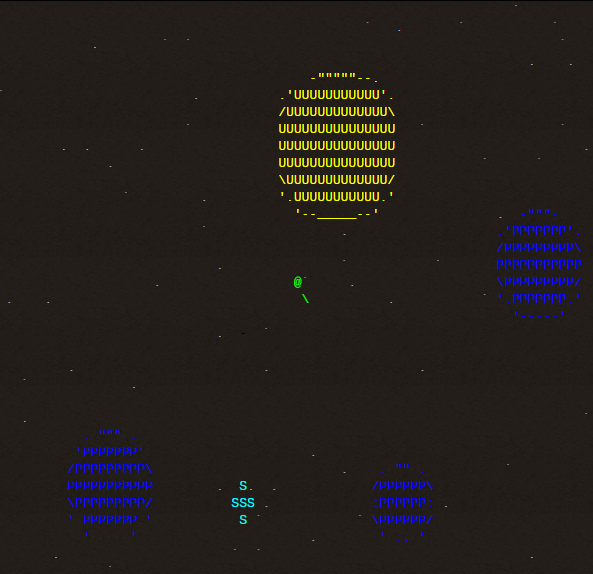 Now, what you see above is a test system. Most systems are spread out somewhat (but not a great amount) further than that.

And then there's the room in between them. Real space is unimaginably massive, and while simulating those kinds of distances wouldn't be fun for anyone for anyone, we still wanted space to 'feel' big.

So how big is Starmourn Sector? Well, pretty darn big. If you've sailed ships on our MUD Achaea's oceans, you might know it's 1000 rooms across by 2000 rooms high, with the two major continents in the middle of that.

Starmourn Sector dwarfs that - it's 20,000 x 20,000, for a total of 400 million individual rooms. Not small. There's likely to be substantial portions of that map that we don't let you get to at launch though, as what's supposed to be there won't yet have been built.

The question, of course, is how the heck you're going to get around a playing field that expansive. There are two main things to consider:

It's also worth adding that there's a similar planet-based network of wormholes for people to move between planets without using ships. However, that network doesn't extend everywhere that starships can get to.

So what does Starmourn look like? Here's a provisional map, with emphasis on provisional. It may change, and much of what you see here will definitely not be built for launch. Some of the areas will either just not be there, or will be effectively fenced off until we're able to build them.

And, of course, inevitably there will be many things added to Starmourn that aren't on there now. Some of them are planned, but most will be something the current and future development teams come up with in the future. One of the reason we're making space so big is to give us plenty of room to expand.

There will also likely be other areas of space or even other dimensions that we'll build someday, not directly connected to Starmourn Sector, but that's way down the road. 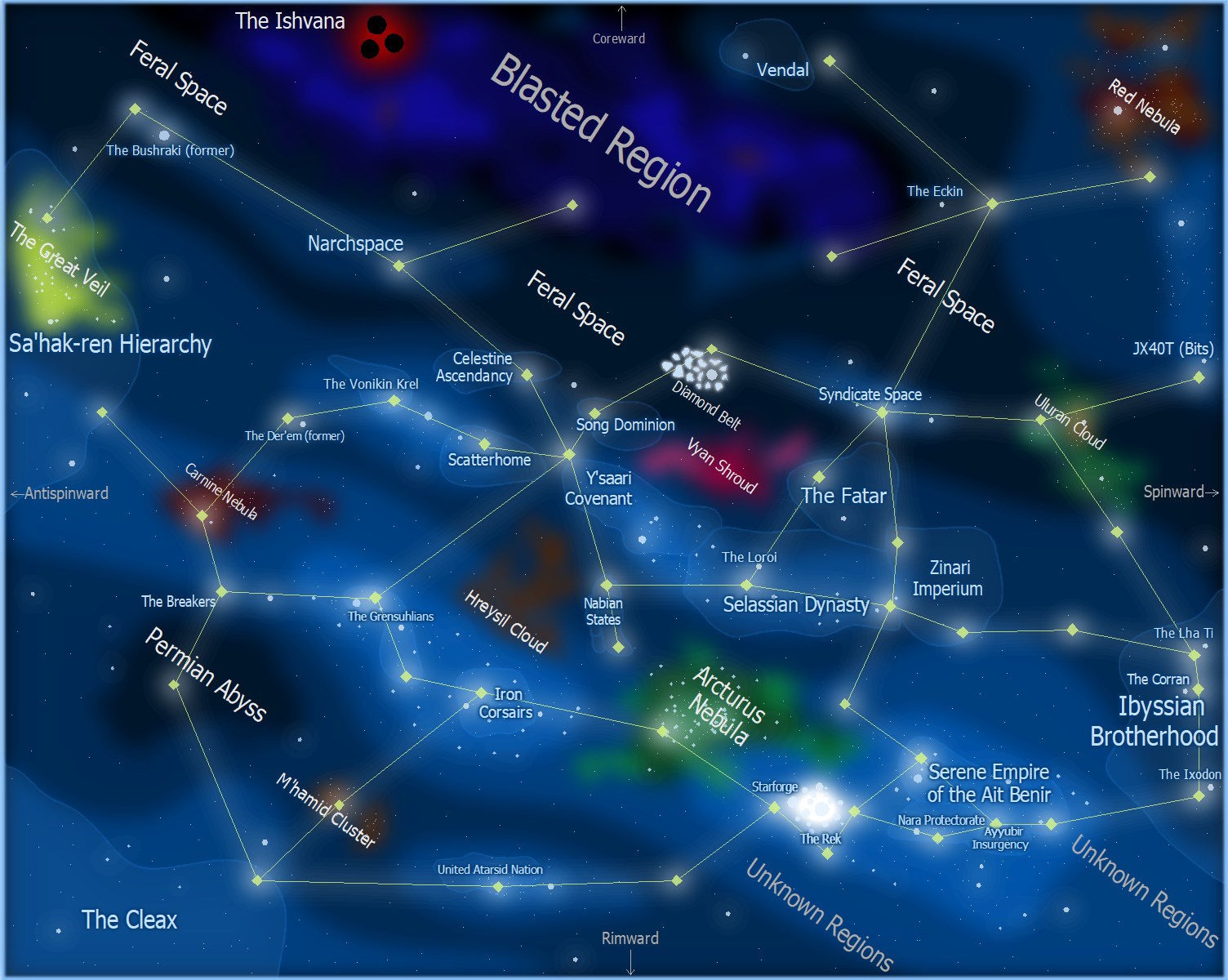