It's the name of one of Starmourn's classes, and stands for Biointerfacing Exoskeletal Assault Suit Tech/Technician (depending on whether you're referring to the suit or the operator).

These are shock troops that seek to overwhelm their opponents with a panoply of weapons and the enhanced strength granted to them by their suits. 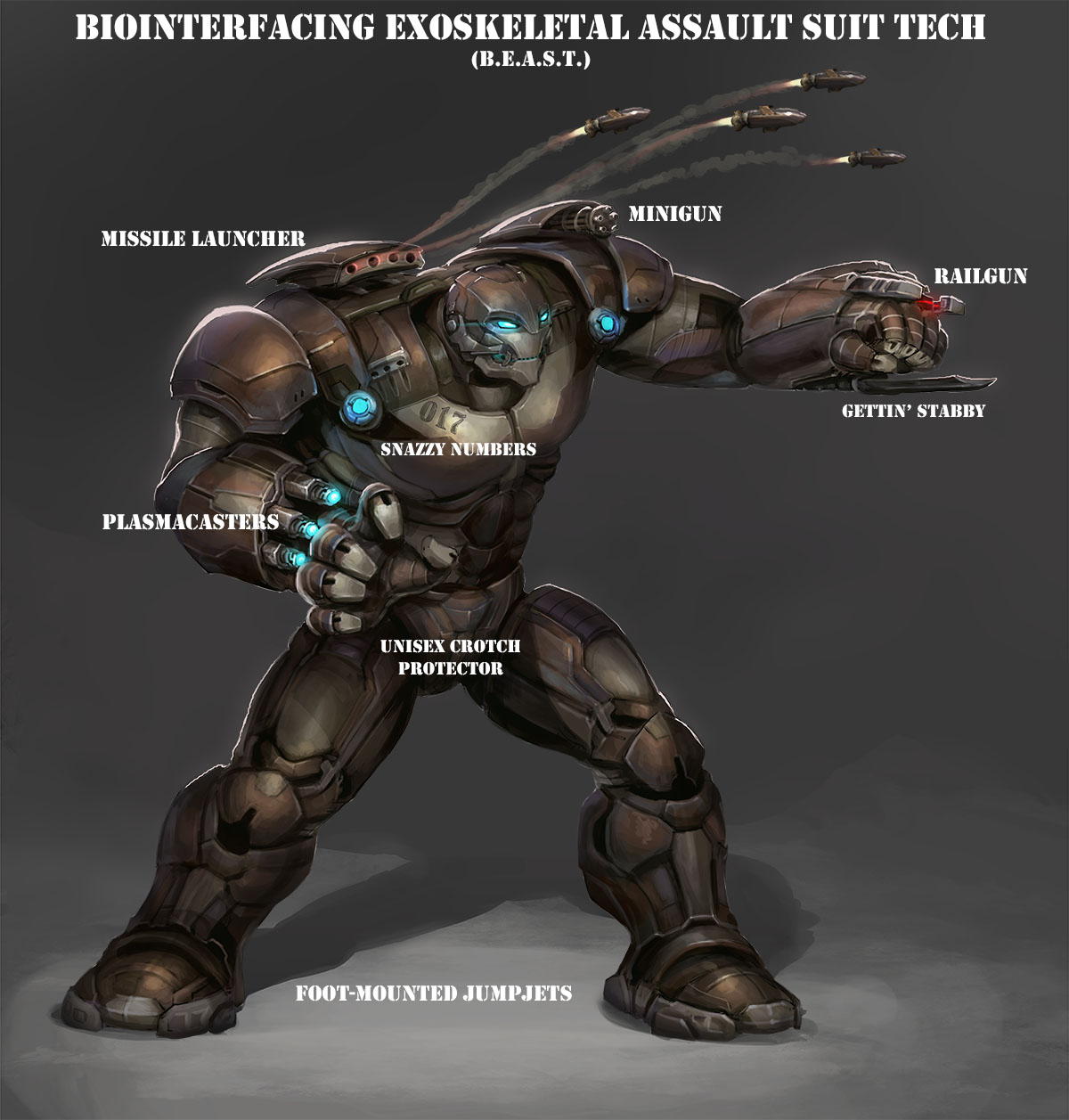 You saw the picture, right? "Fuck you up" mostly covers it, but for those of you who demand tedious details, the B.E.A.S.T. has three skills, and each skill has many abilities in it.

There is, of course, much more to tell about this class, but we're only going to be providing this kind of preview for classes before we launch. Finding out all the juicy details will have to wait until then!