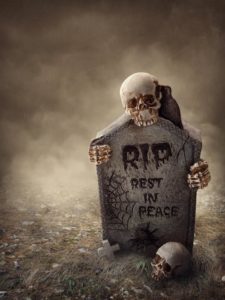 Why do we have death in a game? Why not just make you immortal?

Two main reasons:
1) Many games (certainly including Starmourn) have elements of roleplaying and simulation to one degree or another. Death is a pretty big part of life insofar as it happens to everyone, and it’s a helpful ‘failure point’ for you as a player. How do you know when you lost the fight? You’re dead, that’s how. Of course, we could go with the more G-rated options like having you ‘knocked out’ or even something more abstract like ‘You have lost’ without specifying what lost means in-fiction. In our case, we have no reason to go G-rated, as Starmourn is a game aimed at adults, so death it is!

2) It’s a useful fiction for the loss of something to create a cost for hitting the ‘failure point.’ Typically that cost is expressed as a loss of specific in-game resources (like xp or gold) and/or a loss of time. If you’ve played our other games, think of the death sequences.

So how is death going to work in Starmourn?

Well, all of you have an internal neural replicator (INR) that is continuously updating itself with a full model of your current brain activity.

You’ll all also have a sample of your DNA at a cloning facility, which are all run by the Atarsids, who turned to cloning to replenish their devastated species after the Third Cleax War, and are the foremost experts in cloning now. You’ll select a particular cloning facility to be your default one, and can change it whenever you wish.

When you die, you’ll be resurrected at a cloning facility, minus some xp. If you feel like that xp is worth it, and you died in a way that saw your INR survive, you could go back to where you died, retrieve your INR, and get a good portion of that xp back.

However, anyone can retrieve your INR, and if they choose to use it on themselves, they’ll get a portion of that xp for themselves, though less than you’d get back if you used it yourself. Or, they could choose to sell it back to you, or to someone else. That’s a nasty thing to do, of course, but Starmourn’s full of space villains (some of them are probably reading this now).

And that’s how death will work in Starmourn!