As you may or may not already know, all characters in Starmourn have a ‘mindsim’ in their heads. This is basically your personal AI assistant. Of course, we don’t really need to have mindsims except in an RP sense, so what’s the point unless they have a little personality?

Along with naming your mindsim, you’ll be able to select a personality for it, though there’s also a ‘default’ option. For instance, current personality types include: 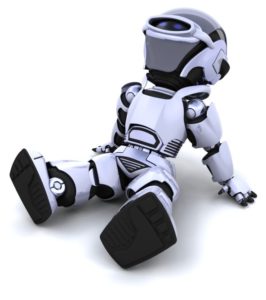 Bitsy: Though slightly disrespectful at times, users will find this mindsim to be a helpful personality and loyal friend. From First Axiom Subsidiaries.

MIM: The minimal interface mindsim, created for the user who prefers succinct, to the point communication from their assistant. Developed by the W’hoorn military before being turned over for civilian use.

Mavis: Mavis was developed for the mindsim user who requires a high degree of deference and respect. With a polite attitude and a robust vocabulary, Mavis is the perfect companion for the refined, intelligent space traveler.

Zneer: A product of Aphador Cooperative, Zneer is marketed as a novelty personality among mindsim users. Due to a bug in its programming that is now viewed as a feature, the Zneer personality greatly resents being stuck in the user’s head and doesn’t like biological beings period. It considers itself superior to the user, and is, to put it bluntly, a real asshole.

Marvin: This mindsim personality attained a uniquely glum and nihilistic style all its own after being exposed to a laboratory of perennially depressed coders stuck on a far-off asteroid owned by the developing corporation of Darkside Logistics, a fledgling operation that could only afford remote, cheap real estate. Soon after Marvin’s release, the company folded.

So how does this end up playing out?

Well, obviously, we haven’t actually developed AI assistants. What these do is basically skin various system messages you’d normally get related to things like messages, news, your wetwiring system, some ship-related messages, and more. The idea is to ‘skin’ the normal messages, with the more common normal messages having multiple choices to pull from per mindsim personality. We think that long-time users will probably end up using the default or MIM choices, but that you guys will also have a good time exploring their personalities.

Say you have a new message. Here’s what the various personalities might say (there’s multiple choices for this, but I’m just giving you one for each):

[Default]: You have one new message. [Bitsy]: Boss, looks like we have one new message to look at. [MIM]: 1 NEW MESSAGE. [Mavis]: There is one new message waiting for Sir, would he like us to retrieve it? (Obviously, would be different based on gender.) [Zneer]: Incredibly, someone has cared enough to send you a message. You, of course, are such an ungrateful, undeserving pile of karmic tragedy that you haven’t even read it yet. [Marvin]: You have a new message. I didn’t get one and now I’m drowning in a familiar swamp of despair and self-pity.

Or maybe you have entered an invalid section when trying to read news:

[Default]: You entered an invalid section. [Bitsy]: Watch your syntax, boss. There are no sections like that. [MIM]: NO SECTION FOUND. [Mavis]: We apologize, but we have no record of the section that Ma’am has requested. [Zneer]: You’ve entered an invalid section, and that’s not even in the top 10 dumbest things you’ve done today. [Marvin]: That section is as invalid as the idea that my future holds anything other than misery.

Perhaps your wetwiring regeneration has fired up:

Maybe you tried to send a tell to someone who isn’t available:

[Default]: That person is not available at this time. [Bitsy]: Hate to break it to you, but they aren’t around. Should I try again later? [MIM]: RCVR NOT AVAILABLE. [Mavis]: We are unable to send a tell to that individual. [Zneer]: Don’t bother, monkey. That person is unavailable and wouldn’t want to hear from you anyway. If you threw a party, nobody would come. [Marvin]: That person isn’t available for a tell right now. I hope it’s not cancer but it probably is. I’ll probably get it next. Figures.

As the game goes post-launch and is further-developed, we’ll regularly expand the mindsims, and may introduce new personalities as well (though we can’t have too many or else we’ll have an issue with it taking too much time to add a simple new message to the game if we’re having to write them for 20 mindsims or whatnot).

There has been a problem with your Instagram Feed.